A live table read of a pilot you’ve been working on with a close friend for months. It’s the first time hundreds of people, including your family and friends, will hear this work and it’s on the last day of a festival that’s been in the works for over seven months.

That scenario might be intimidating, terrifying even, to some people…not Friendsies script writer Thomas Reyes. Reading the script for his pilot, co-written with festival producer Jenny Yang, at the Scripted Comedy Reading on Sunday of The Comedy Comedy Festival (CCF) in front of a live audience is exciting to to comic writer. “There’s a magical quality about something being live,” Reyes commented as he excitedly talked about the read.

The Scripted Comedy Reading, one of the many events planned for the last day of the fest, is just another example that Comedy Comedy Festival is going to be an all-encompassing  space for all types of comedies—improv, stand-up, scripted—and comedians alike. Reyes describes CCF as the “culmination of [what] Jenny and all these comedy people have been building towards.” A festival seven months in the making is finally here and it’s already sounding like an unforgettable experience.

For Reyes, no stranger to comedy festivals or the comedy industry, the festival is about more than just laughs. “There’s something about the underlying effect [that] it’s Asian American…it feels good…it’s always nice to have your work be read, and heard and put it out there. I’ve done diversity showcases and had my work read in front of industry people. It’s nice and gratifying…it’s always nice when people get it.”

Reyes’ excitement about participating in the festival as a whole, not just the scripted comedy read, only heightened my longing to be there. A space where people of color can unapologetic ally be themselves while doing what they love? I’m all in. Just as festival producer and comedian Naomi Ko suggested when I spoke to her days ago, it’s important to all those involved at the festival to do the comedy they want to do uninhibited by society’s expectations or stereotypes about what Asian Americans should or could be in comedy.

“You’re automatically put in a little box and the [white] comedian will use them [Asian American comedians] in a specific area. It’s never the same for a white performer when maybe they’re a little weird. They can be used in a number of ways it’s assumed…it’s not cool for that to be the default response to Asian or Black comedians.” It seems there’s a general understanding that The Comedy Comedy Festival: A Comedy Festival is going to be ultimate shindig with a purpose. Reyes assures, “it’s not just comedy, there’s a social justice aspect. There’s all these layers to go along with community building…all the intentions behind it [are] very cool.”

It seems that every aspect of this weekend’s upcoming schedule was thought out to be simultaneously humorous and purposeful. As we were talking, Reyes brought up Sunday’s ‘Diversity Showcase’ in which there will be “white male performers…at the Comedy Comedy Fest they are the diversity.” We both shared a laugh because rarely is there a space in which white persons are bringing diversity. It was little touches like the Diversity showcase and the clever title of ‘Cherry Poppins’ (a play on the Disney classic Mary Poppins) for the first time comedian showcase on Friday that prove to me that not only is Comedy Comedy Fest going to be hilarious, it’s going to be talked about for weeks…so talked about that it’s probably going to be an annual event. From our chit chat a couple of days ago it seems Reyes shares my sentiment. “I think we should do this every year”, he laughed as we discussed how great of an event the Fest is going to be.

Reyes summed up the unique quality about CCF when he discussed what made him most excited about participating in the fest. “[It’s] a platform for Asian American people, which I am one of, I would love to be a part of that. There are other festivals that are great, but…they’re not specifically Asian American performers, Asian American writers…Here, it’s just a silly title and ‘oh it just happens to be Asian’ cause why not?” 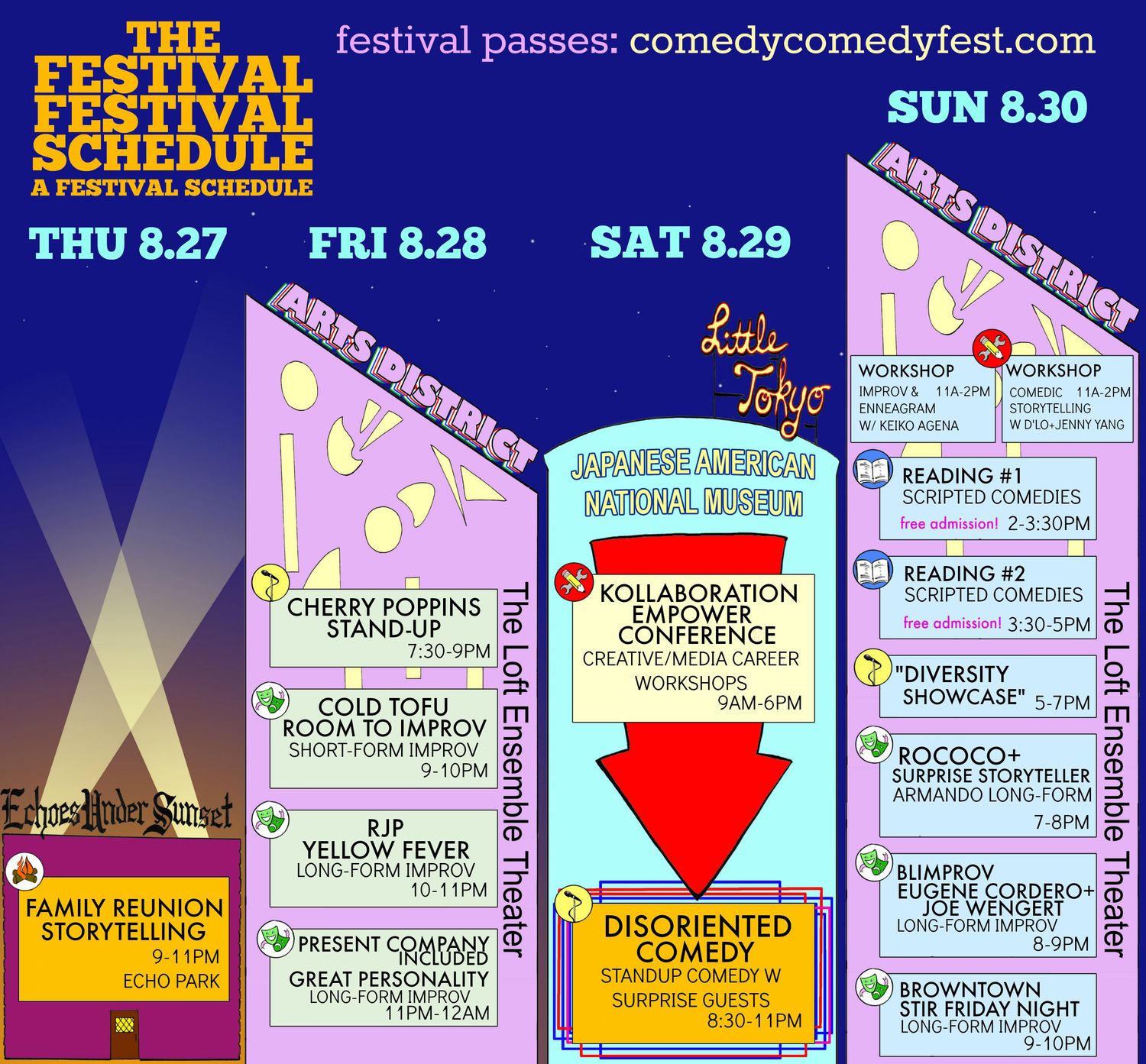 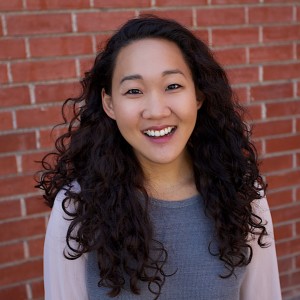