So I know we’ve been yapping about ‘The Comedy Comedy Fest: A Comedy Festival’ for the past few weeks now but great news, opening day of the festival is near! Here are some of the highlights from this weekend’s jam-packed schedule of awesomeness!

The fest kicks off Thursday, August 27th with the Family Reunion Storytelling at Echoes Under Sunset!

After that is the ultimate turn up for co-producer Naomi Ko’s Birthday. A Kick Off party of sorts to not only celebrate the hilarious Dear White People star’s entrance into this world but also to get everybody in the mood for a weekend of fantastic comedy and laughs!

Friday night starts off with the Cherry Poppins Stand-Up Showcase—a space where comedians and performers who have never done stand up before are hitting the stage for the first time!

Saturday belongs to the Kollaboration Empower Conference which is followed by the Disoriented Comedy Standup Show with a major surprise comedian! Shhh don’t tell anyone but I hear the guest comedian is a big deal…but you didn’t hear that from me.

The Fest wraps up on Sunday with a series of workshops with a variety of comedic vets discussing various forms of comedy such as improv or storytelling! The day promises to be a series of informative and overall enlightening sessions for all those who are fortunate enough to attend. I don’t know about you, but I’m ordering my passes now…not now but RIGHT NOW.

For more info on the fest, the schedule or where to cop tickets, check out comedycomedyfest.com. 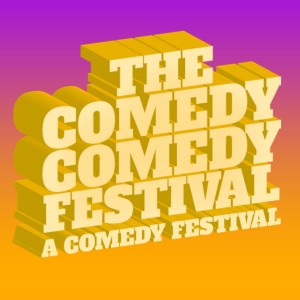