Does the Revolution Need A Leader?

The ongoing protests in Ferguson and around the world against the systemic violence toward Black lives have sparked up some rigorous discussion about how to enact change. Most of my personal social circle and Tumblr/Twitter Timelines are of the same thought that the disruptions and uprisings happening are good and change is soon to follow. We are all in agreement that progress is fought for and we as Blacks deserve freedom by any means necessary. That’s the consensus amongst a majority of my folks but then there are the others on my timeline. That minority of folks I still have yet to completely purge from my feed for one reason or another who have no plans for change or progress but still have more than enough time to critique those who are protesting or boycotting.

The major critique I’ve heard from the ones kicking it on the couch is that the Ferguson protests have no ‘real leadership.’ If the Ferguson protestors only had a leader, like Martin Luther King, Jr for the Civil Rights Movement, then the government and other official authorities would take them seriously. Yep, because the problem is lack of organization, not oppression. The National Guard and St. Louis P.D. brought out the tanks and the tear gas because the people of Ferguson weren’t organized enough. Yep, that’s it.

Here’s the thing, most people who make this critique know absolutely NOTHING about the Civil Rights Movement. They clearly don’t know that it did not begin and end with Martin Luther King, Jr. They also don’t know there were several unplanned protests, and there were a lot of different simultaneous acts of resistance that had varying degrees of involvement or acknowledgement from MLK, meaning some he was in charge of and others he knew nothing about.

Whining that people who are able to plan national protests months before a grand jury indictment announcement, successfully pull off these protests around the world and effectively inform the world of Mike Brown’s killing mere hours after his death are just ‘not organized enough’ is a cop out. Just because you need to tell yourself that there’s not enough organization in this round of protests in order to sleep at night before you go to your job and smile in some white person’s face even though they treat you like a janitor when you’re the head manager in your department doesn’t mean people aren’t making progress.

Do y’all really think every single Black person in the 60’s was marching with Dr. King? Do you think Martin Luther King Jr. individually led, organized and commanded every single protest and act of resistance in the CRM? Do you think the media didn’t call the rebels of the CRM “disruptive,” “crazy,” or any other dismissive term to ignore their work? Y’all can’t think this is new!

The same way major media outlets are not covering the series of protests, both peaceful and otherwise, and only showing riots and looting is the same way the media covered the CRM, the Anti-Vietnam Protests, the Women’s Lib Movement and every other act of resistance that the state couldn’t sanction and sign off on.

So while you’re twiddling your thumbs and theorizing on the success of your sanitized version of the CRM versus the current protests at hand just remember your complacency and apathy won’t save you. Your frowning upon the Ferguson Protests, the #NotOneDime initiative and the rage of the activists will not save you when there’s a police officer who “feared for his life” emptying a clip into you.

If you don’t want to protest or resist in the name of Mike Brown or any of the Black lives lost to state violence that’s fine, but don’t you dare demonize and mock those who are trying to make change. Your voice is getting in the way.

Activist Davey D Reflects on Ferguson as a Multi-Front Movement

I love this. This is one of the reads of your life. The crazy thing is…this isn’t even where I thought you were gonna go with this based on the title. Because while your comparisons and points about the CRM are accurate and relevant that’s not even my initial rebuttal.

I’m not interested in doing things like the CRM did. I’m interested in taking the best of the CRM and doing this shit differently. And part of that difference is avoiding singular leaders that will end up shot in the face.

The gov’t cannot cut the head off of this snake because it’s like fucking medusa. 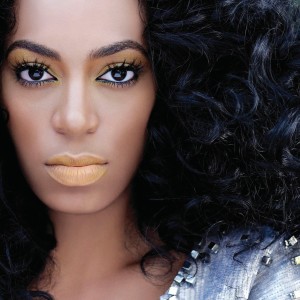 Solange Knowles is keeping her word when it comes to fighting for the justice of Michael Brown, who was shot dead by Officer… November 27, 2014
...by TÆLORD•EXISTENCE. © 2016
Back to top