All throughout high school I was known as “the girl who was saving herself for marriage,” and that label followed me well into college. My virginity often times preceded me; many people knew about me not having sex before they even got to know me. It got to the point where my guy friends would literally introduce me to other guys as, “one of the few girls on campus with morals” (meanwhile, many of them were engaging in sex with multiple of the “less-moral” women on campus… but I digress).

I even had a friend tell me that he decided not to pursue anything romantic with me in college, because some of the girls who lived in our dorm warned him that I would never have sex with him. For a long time I use to relish in the fact that people associated me with my commitment to wait until marriage, and respected me for it. For me, it solidified my Christianity, and it placed me on an imaginary pedestal.

I always thought my decision and commitment to wait until marriage was a healthy and personal one. I would tell people my decision to wait was more than me just following what my church taught or doing what my mom begged me to do. I was confident that it was a personal choice and desire of mine, and for the most part it was. It wasn’t until college that I was challenged to question what my desire really was and where it really came from.  I would always end up in these heated debates about sex with my roommate and the guy Ishould not have been dating at the time. During these conversations they would question why it was so important for me to wait until marriage.

Of course, the questioning was motivated by my ex trying to convince me to have sex and from my roommate also wanting me to experience the sexual liberation she was enjoying in college. As annoying and frustrating as those conversations were, I am grateful for the fact that their badgering forced me to ask myself some difficult questions and re-evaluate my perspective on certain things regarding sex and sexuality. During one of these “debates” my ex asked, “why is waiting until marriage so important to you? What do you expect to gain from waiting?” My response was that I felt my virginity would be a valuable gift to my husband. I thought it would be a special and priceless gift for my husband to know that no other man could say he’s been with his wife intimately. The follow-up question was, “Do you care if your husband is a virgin or not?” My response was “No, not really.” and everyone laughed.

They were laughing because here I was fighting to keep myself pure for a man whom I did not even hold to the same standard, or expect to be thinking about me so far ahead to do the same. I assumed that most men, including Christian men, would have pre-marital sex, because they were men and because they’d get a pass (messed up thinking, I know).  It was easy for me to accept the fact that my husband would be no less of a Christian if at some point in his life he had sex, but if I did, it would be more devastating spiritually and romantically, first, because I was the woman, and then because I grew up in the church and was supposed to know better. As the conversation went further and more people joined, a friend of mine, also a young, Christian woman, went on to say that she actually didn’t want to marry a virgin because, “one of us needs to know what we’re doing that night, and it’s better for that person be him than me.”

I went back to my dorm room to mull over that conversation, and realized that my desire and decision to wait really had very little to do with my desire to please God, and everything to do with me wanting to live up to this ideal woman who was pure, and untouched and whose name no one could slander in the streets. I realized that I was using my virginity to validate my faith, not to honor God, and not because I was intentionally valuing myself or caring for my body, but because I did not want to taint my “good-girl” reputation or experience the shame that is often attributed to Christian women who have had pre-marital sex. I was trying to prove my holiness via my unbroken hymen and from my friend’s remark about not wanting a virgin husband, I realized that I wasn’t the only one who grew up believing it was less shameful for a man to have had sex outside of marriage.

Because so much emphasis is placed on us Christian women to not be sexual in our dress, body language, and overall conduct, so many of us grow up afraid of being perceived as a jezebel or wanton woman, that we a) suppress our sexuality completely or b) only feel comfortable thinking about our sexuality vis-à-vis a future husband’s expectations of us and our bodies. I am not encouraging us to disregard any desire or conviction we have to remain virgins or celibate until we’re married. I am extremely supportive of any woman or man’s decision to wait, because it is a choice to which I am committed. I am however, encouraging us to take the time to re-consider the reasons we’ve given ourselves as to why we have decided to wait. Because if our well-being, whether spiritual, emotional or physical, isn’t at the center of that decision, it might be time for us to re-evaluate. I challenge you to question why you’ve made the decision to wait, and see how much of your decision is about what’s best for you and your relationship with God, and not about a man or other people’s perception of you.

See more over at urbancusp.com. 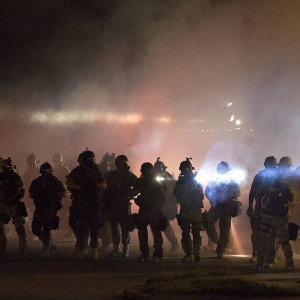