“I think the media lies.” blurted out Steven*, a 6th grader at the Nativity School of Harrisburg in Harrisburg, Pennsylvania.

It was the first of many candid and thoughtful responses that I received from my conversations with over 40 young African-American and Latino boys about their views on what is portrayed about them in the media. Their feedback ranged from feelings of acceptance from the way that media has depicted young males of color, to outright distrust.

For the past two weeks I’ve been conducting workshops in a small, private, all-boys school, made up of predominantly African-American and Latino youth from the inner city around the topics of media literacy and examining negative stereotypes of people of color in the media. I have to admit that when I initially had the conversation with the school’s principal about the necessity and relevance of having these kinds of conversations with our boys, while I wholeheartedly agreed that it needed to happen, I wasn’t sure if I was the right person to conduct it.

As an African-American female, I felt that perhaps they would be more receptive if it was another African-American or Latino male leading the charge; and perhaps I still feel this way in some respects. As I started writing the curriculum for the workshop and thinking about the questions that I wanted to ask to engage them in discussion, I started to think about how much the media influences the way Black men and women view each other, which inadvertently, affects how we see ourselves and relate to each other. At that moment, it became clear to me that both parties needed to be at the table.

Read more over at urbancusp.com. 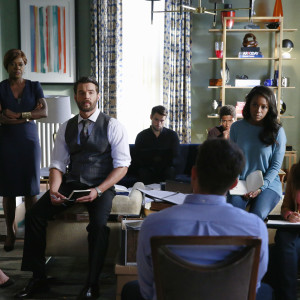 Let’s talk about How To Get Away With Murder. When we were introduced to a show with a talented Black female lead, a plot… November 21, 2014
...by TÆLORD•EXISTENCE. © 2016
Back to top