Not for a second have I believed that Ferguson police officer Darren Wilson would be indicted for killing 18-year-old Michael Brown. Not in the moments after hearing about the shooting, not during the four hours Brown’s body lay in the streets, not when the police attacked protesters in the first few weeks of demonstration, and not during the subsequent three months of organizing and rebellion. And with Missouri Governor Jay Nixon’s recent declaration of a state of emergency ahead of the imminent grand jury decision, I have even less reason to believe charges will be brought against Wilson, as the local governments and police forces appear to readying themselves for a strong reaction from activists. But I have every reason to believe this movement will not die.

People are scared. Residents of Ferguson are boarding up their businesses and stockpiling weapons, under the assumption that a non-indictment will lead to rioting and property destruction, on a level that surpasses the initial reaction to Brown’s killing back in August. The tension is thick enough to choke on, but it still pales in comparison to the looming threat of police violence faced by black people everyday across this country. This is why the protesters, activists and organizers who have emerged from this moment will not go away. They know they are disrupting the lives of citizens who never gave thought to the institutionalized violence young black people navigate, but that’s the point. And it will remain the point until something is done.

Read more over at TheNation.com. 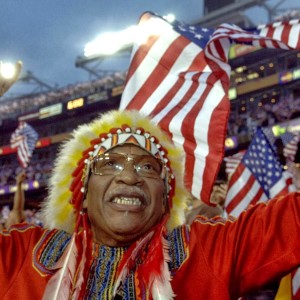 This past weekend I traveled to the AT&T stadium to watch the Washington NFL team play the Dallas Cowboys with about… November 20, 2014
...by TÆLORD•EXISTENCE. © 2016
Back to top