On Monday’s episode of Sleepy Hollow, we’ll finally get some answers about Abbie’s (Nicole Beharie) mysterious past. And while you can expect flashbacks to the detective’s childhood, what you won’t be seeing is a whole lot of Ichabod (Tom Mison).

“Monday’s episode is probably one of the most different episodes that you’ll see in Sleepy Hollow because it’s actually kind of Abbie just chasing a ghost this time. Ichabod gets a little sick, and Abbie ends up bumping into a ghost better known as her mother,” Beharie tells TVGuide.com.

Keeping reading to find out what else Beharie revealed about Abbie’s mother, what’s up with baby Moloch and a “serious divide” coming between Ichabod and Abbie!

How did you react when you found out we’d be meeting Abbie’s mom as a ghost?

Nicole Beharie: We had another script written for the episode and it was a last minute change so I was completely taken about. I was looking forward to doing this episode about some other monster and then I started reading the rewrites like, “Oh my God, OK So we’re going there.” … As an actress, you have perceptions about a character, but once the writers write it in, that becomes the truth of the character. Of course I have my own little biography of who she is, but then I found out a whole bunch of new things about the character.

What kind of things will we learn about Abbie’s past?

Beharie: There’s a legacy. A lot of people in her lineage have been fighting to get her to be this witness at this point. It’s definitely something that everyone’s been aware of but she had no idea. She grew up in foster homes and was completely disconnected from her family, so this will fill in all those little memories… All of those things that she just thought were dysfunctional actually were supernatural and were preparing her.

What kind of ghost is Abbie’s mom?

Beharie: If anything, she’s an ephemeral ghost. You just can’t really pinpoint who she is until the very end. You’re not sure if she’s good or bad. 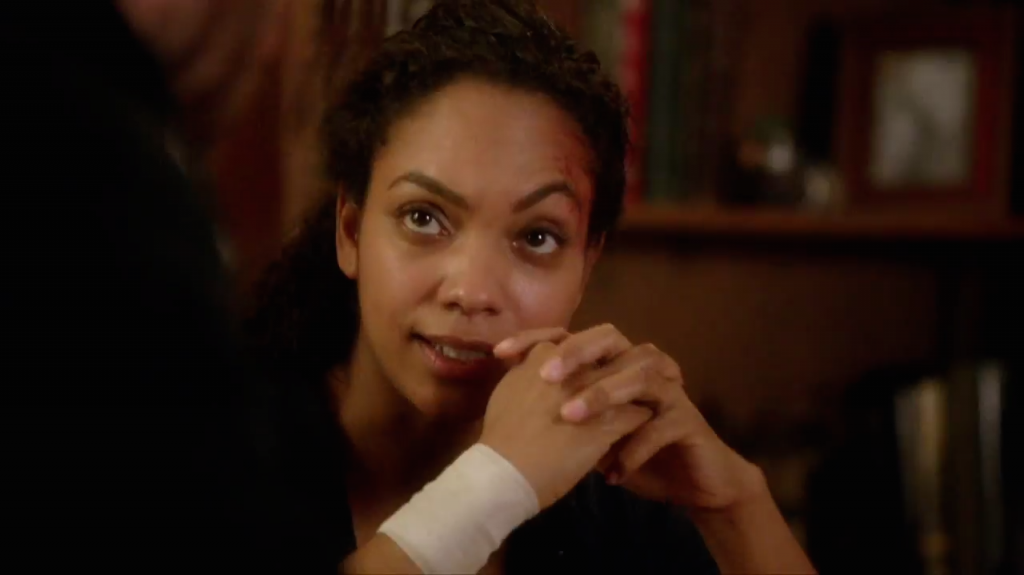 How do Abbie and Jenny each react to this situation?

Beharie: I think that throughout the seasons there’s been a lot of questions about what they saw and if it means anything … Abbie is definitely more proactive in wanting to get answers. Jennie, because she’s had a harder life, because she didn’t necessarily take the straight and narrow, is a little bit more heartbroken about this potential ghost showing up. And then there are a slew of deaths that are happening in the episode that we’re not sure who’s causing them. There’s a lot of questions about whether or not their mother is responsible for it or if it’s another entity. So there’s a lot of guilt there. And the sisters were given up and abused when they were younger, so there’s a lot of mistrust. One of the great things about the way that they deal with it is that they join forces in a way that they haven’t seen. They’ve been friendly and been joking, but I feel like this episode is the turning point for the Mills sisters and they definitely take action together and kick ass/unhash all the things that they weren’t expecting to have to deal with.

Will this experience help get them closure with their mother?

Beharie: I certainly hope so, absolutely. All of the questions aren’t necessarily answered in the one episode. So there’s still a lot in the air at the end of the episode. But there’s a lot of connection between the two of them and they start to understand all those little flashes, a lot of the blank memories in their narrative start to make a lot more sense as adults. So they’re much closer.

Would you say that Abbie’s history with her mother is coloring her views on Katrina and Henry?

Beharie: There was a line like that actually in the last episode where she was like, “It’s not just about blood. It’s about what you do.” And I think that she definitely has that perspective that just being family isn’t enough, you have to prove it. She’s really a tough character in that way; she’s not the most trusting person. So in that way it affects her. But I think when it comes to Henry and Katrina she really just wants Crane to get back on track. I really feel like Abbie’s the more proactive and assertive witness, whereas last year Crane was very certain and he was dragging her along.

Will Abbie’s and Ichabod’s different views on how to proceed create a lot of conflict between them?

Beharie: You start to see it bubbling. Abbie’s whole fighting spirit that was a big part of last season has sort of been squashed a little bit because she’s trying to keep the group together. She’s a lot less vocal and a lot less rebellious than she was. But I have a feeling that Ichabod’s constant choices, decision to pick his family, could actually put a serious divide between the group as a whole. Because they’re not focused, they’re not moving forward in a lot of ways. And I think that the team would be a lot stronger if everyone could unite and be on the same page. I think in the upcoming episodes you see her sort it out and actually meet some other people whom she finds really inspiring — and potentially dangerous.

Now that Katrina sees Moloch as a human baby, will that get in the way of the plan?

Beharie: I know! What is that about? She was supposed to go and be a spy for them. And now Henry clearly knows what her weakness is, as her son, of course. But that’s the last thing Abbie Mills is thinking about. As far as she’s concerned, just kill him!

What are Abbie and Ichabod’s next moves to get ahead of the Apocalypse? 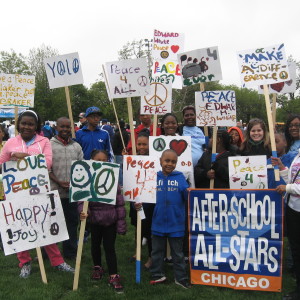 The vision is a city interlaced with restorative justice hubs — community centers that bring hope and promise to troubled… November 15, 2014
...by TÆLORD•EXISTENCE. © 2016
Back to top