The vision is a city interlaced with restorative justice hubs — community centers that bring hope and promise to troubled kids in a town where too many of them are dying. “It is not OK that my friends and I have already planned our funerals,” then-high school senior Keann Mays-Lenoir told a crowd of 300 people a year ago, at a rafter-shaking meeting where the idea was introduced.

I’ve written a fair amount about restorative justice — RJ — over the last few years. It’s a movement about healing and sanity, truth, dignity, respect, wholeness. It’s catching on in Chicago, where I live: in the schools, in the juvenile justice system, in the broken ‘hoods. RJ is about repairing harm, not punishing wrongdoers and, in the process, saddling them with a lifelong identity as criminals. It’s also about telling the truth, and building relationships with truth as the bedrock. It’s about connecting.

“This is about making kids irresistible forces for positive change.”

The speaker was Judge Sophia Hall, presiding judge of the Resource Section of the Juvenile Justice and Child Protection Department of the Circuit Court of Cook County, who hosts a semiannual, region-wide meeting about restorative justice, held, appropriately, at Juvenile Court. The topic was the hubs: the vision of a different kind of city, where teenagers aren’t planning their own funerals but, rather, figuring out their futures, with the help of mentoring adults, in a world in which they feel welcome.

One question, before I go on. Why don’t we have this kind of world already? 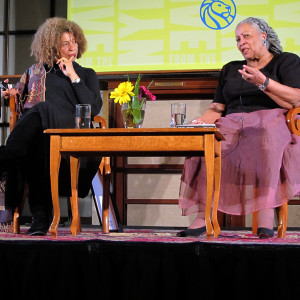