GENEVA (AFP) – Activists stood in silent protest as the United States on Thursday defended its record before a UN anti-torture watchdog, raising their fists and displaying pictures of victims of police brutality. On the second and final day of the UN Committee Against Torture’s review of the United States, a group of young protesters flaunted UN protocol and stood up as the US delegation began discussing the issue of abuse by police.

Around 10 youths with the Chicago-based group We Charge Genocide (WCG) wearing matching T-shirts and brandishing pictures of Dominique Franklin – a 23-year-old who died in June after police used a taser on him while he was handcuffed – rose silently, their fists held in the air. Soon members of other non-governmental organisations in the room followed suit, forcing the delegation of some 30 high-level US officials to continue their responses to committee questions with a sprinkling of fists throughout the room.

Read more over at straitstimes.com. 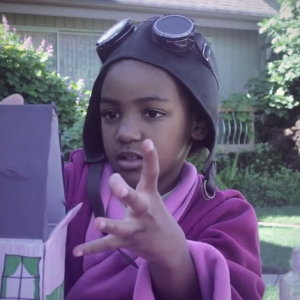 The era of consuming television and cinematic entertainment strictly via mainstream sources is officially behind us. Advancements… November 14, 2014
...by TÆLORD•EXISTENCE. © 2016
Back to top