I consume a variety of books and music. I am a nerd who loves fantasy fiction, animation, and mythology and folklore. I am Black and Asian. These are some of the things that describe who I am as a person. All my life, I have been fed narrow definitions of what it means to be a Black person. The most recent example comes in the form of a statement made by Charles Barkley at a Philadephia radio show.

“There are a lot of Black people who are unintelligent, who don’t have success,” Barkley said.

“It’s best to knock a successful Black person down ’cause they’re intelligent, they speak well, they do well in school, and they’re successful. It’s crabs in a barrel. … We’re the only ethnic group that says, ‘hey, if you go to jail, it gives you street cred.’ ”

With the mainstream media’s focus on only certain aspects of the Black community such as hip-hop and inner city problems, stereotypes have been created and taught to others. If there is anyone who doesn’t conform to these stereotypes, then they are ignored, downplayed, or ostracized.

Read more over at blackgirlnerds.com. 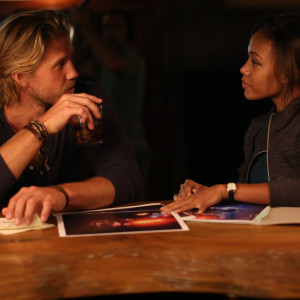 I should’ve known it was going to be a tough episode to get through when the first two minutes and 12 seconds was a hard-to-stomach… November 11, 2014
...by TÆLORD•EXISTENCE. © 2016
Back to top