The cliche when it comes to films about African-American culture is that foreigners don’t want to watch them. You would think that Steve McQueen‘s Oscar-winning 12 Years a Slave, which grossed more than $130 million outside North America, would have put that old saw to rest.

But companies trying to sell films to the international distributors swarming the American Film Market in Santa Monica this week will tell you that nothing is harder to sell to buyers from Europe or Asia than one featuring African-American themes. Even Tyler Perry’s blockbuster Madea films, which have earned more than $700 million domestically, struggle to find foreign distributors willing to take them on.

So it’s particularly surprising, and impressive, that JustinSimien’s Dear White People, a film about African-American Ivy League students navigating the often treacherous waters of campus race relations, has been a global sales hit. Brian O’Shea‘s The Exchange, which is handling world sales for Dear White People at AFM, has closed multiple major territory deals for the Sundance title, including for France, Spain, Korea and Latin America, with all English-speaking territories and Scandinavia set to go soon. 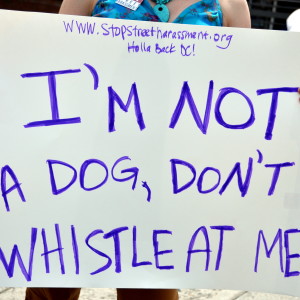 Three years ago, at the height of the SlutWalk movement, we told y’all about the movement being led by women of color to… November 9, 2014
...by TÆLORD•EXISTENCE. © 2016
Back to top